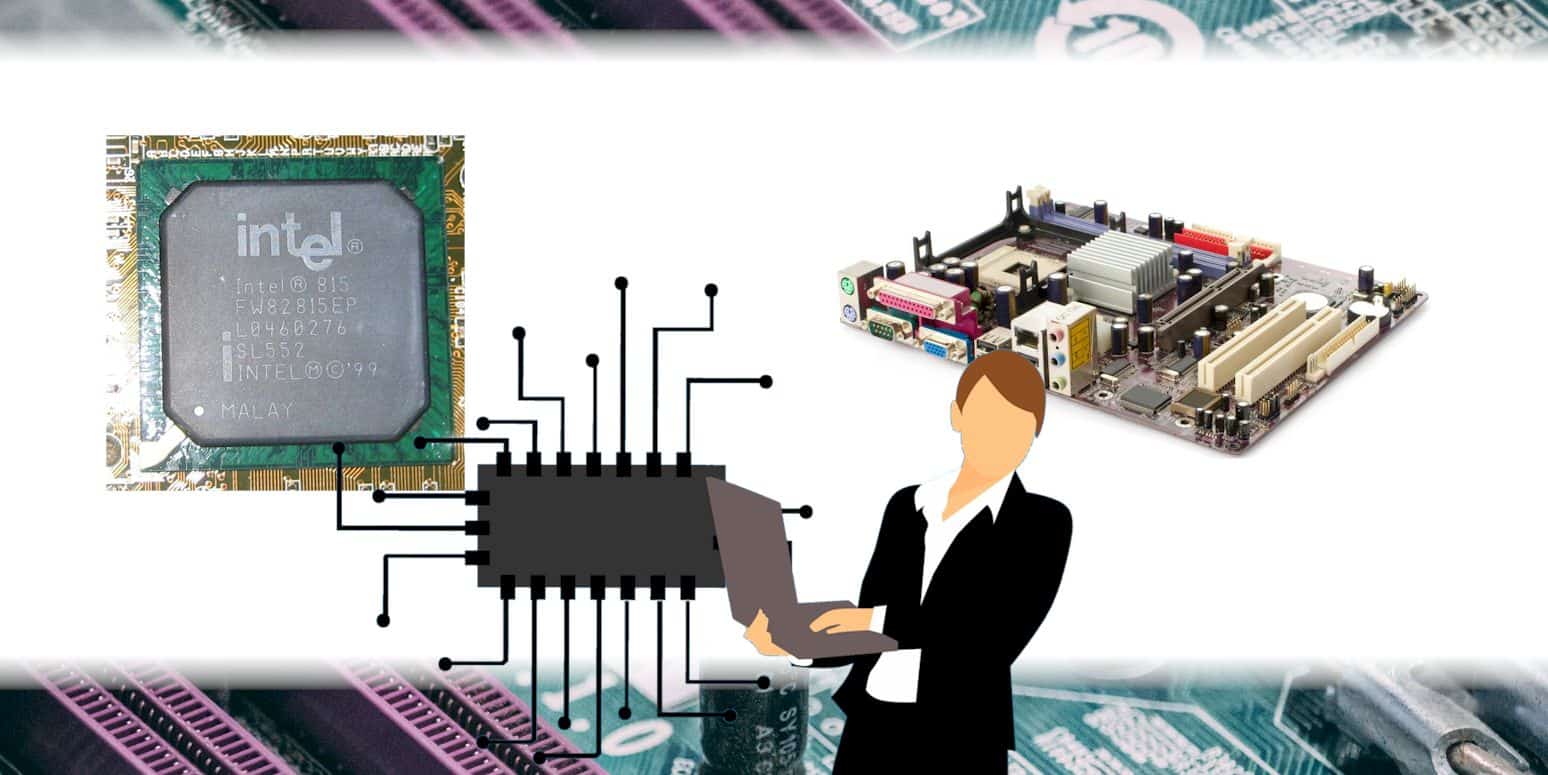 The north bridge connects the CPU to other components including the RAM, PCI Express cards, AGP Card, and the front side bus or FSB. This chip is also connected to the southbridge which also works the remaining parts of the CPU.

The PCIe slot is a high-speed channel where updated computer peripherals are connected. The north bridge connects the PCIe slot to the CPU. The Primary PCIe slot is common in Macs and PCs and is used to connect to graphics cards and other types of storage devices. During the mid-2000, most motherboards come with one PCIe slot that replaces the PCI and the PCI-X slots.

What is a ZIF socket and what is its purpose?

ZIF stands for zero insertion force. It is a socket that accepts a pin grid array or PGA chips. As the name implies, it is easy to use as you don't need any force to insert PGA chips. With a ZIF socket, you don't need to worry about any forces applied on the motherboard as force can lead to weakening and eventually, breaking the motherboard. To use the ZIF socket, the chip is dropped into the holes. A lever secures the chip and locks it in place.

The latest motherboard designs are simpler and have fewer components as these designs reduce cost and enhance overall performance. The northbridge or the memory controller is now part of the processor as first seen in the AMD64 model processors by AMD and the Nehalem processors by Intel. The integration reduces latency from the chip to the memory.

The term was taken from a sketch of the architecture according to a map. The north or the top of the map is the CPU. The CPU is attached to the chipset through a fast bridge or the northbridge which is along the north of other systems. The southbridge is the slow bridge and is located at the bottom of all other systems as indicated in the sketch.

Which motherboard slot should you install a new high-end graphics card in?

High-end graphics cards work with motherboards that have AGP or accelerated graphics ports and not PCI slots. During the time when high-end cards and updated hard disk drives were introduced, motherboard designs were unable to cope up and caused bottlenecks in performance. Thus, the AGP bus was created which directly connects to the northbridge. High-end video cards will now perform as expected as these are no longer attached to the PCI slot.

What type of socket is used in order to allow for an even force to be applied to the processor during installation?

The ZIF socket allows very little to no force to the processor during installation. This type of socket is used by the Intel 486 and Pentium chips until the Pentium II. The ZIF socket comes with a lever that may be opened or closed by pulling down or up and helps secure the chip on the motherboard.

The current ZIF socket is Socket 7 which is used in Pentium chips except for Pentium Pro which works with Socket 8. There are also large ZIF sockets on PC motherboards starting in the 1990s onwards. These support a specific type of CPU and allow retailers and end-users to assemble boards according to their needs and budget. Meanwhile, smaller sockets can be found in equipment used in testing chips and programming such as microcontrollers.

Other electronics have switched from using ZIF sockets to surface-mounted components that are soldered on the motherboard. Still, there are smaller and more sophisticated forms of ZIF sockets available like ZIF tape used mainly for connecting PATA and SATA disk drives. Almost all hard disk drives are connected to the circuit board using ZIF tape. This type of ZIF is also found in iPod main circuit boards.

What type of bus does PCI Express use?

PCI Express uses serial bus connections. These are faster compared to the parallel bus that's used by PCI. What configuration can you find for PCIe slots? A PCI Express is one of the low-cost buses other configurations are RS-232, UNI/O, I2C, and 1-Wire.

The links between two components of a computer may be serial or parallel. The latter transmits multiple data streams in a simultaneous pattern through different channels such as wires and optical fibers. Serial links will only transmit a stream of data.

If you’re planning to assemble your CPU, study your components and assembly diagrams first. Make sure that everything is compatible and will work with your specific type of chipset.

Related: The Motherboards for i7 8700k

Now that you know what motherboard slot has direct access to the north bridge, you can now identify the different parts and components of a traditional motherboard and how these work in harmony. The northbridge acts like a traffic cop as it directs data in and out of the CPU. The northbridge chip performance affects the overall performance of the computer.